"Attempt what is not certain.
Certainty may or may not come later.
It may then be a valuable delusion.”
Richard Diebenkorn.

On a misty April morning five North Devon artists brought together by The Story of Bideford Black project and the prospect of a group exhibition at the White Moose Gallery in Barnstaple, set out with paper and brushes and various concoctions and blends of Bideford Black in hand to simply see what the day might bring. Merlyn Chesterman, Judith Westcott, Griz Luttman-Johnson, Sue Plummer and Pete Ward are artists from quite different perspectives and experience but who all share a deep appreciation of the natural world as an inspiration for their work and, of course, an interest in the possibilities of Bideford Black as a creative medium. The day started with discussion about our experiences so far with the ‘black stuff’ and led onto the various ways we might like to approach creating artwork individually and as a group for the forthcoming show. 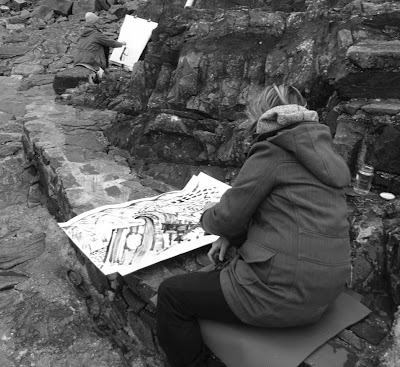 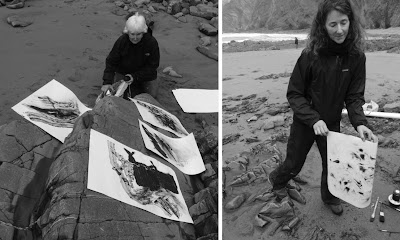 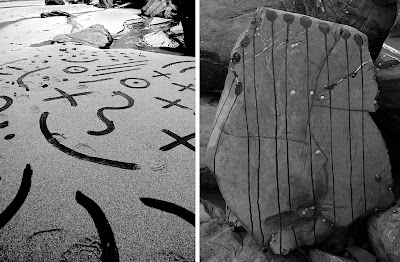 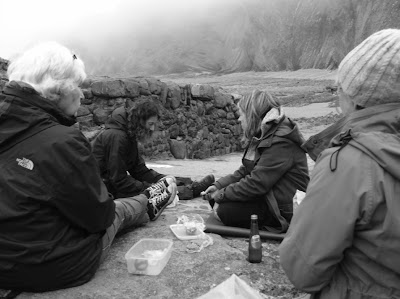 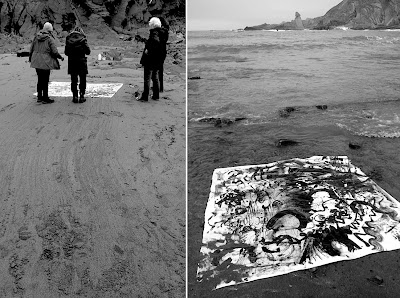 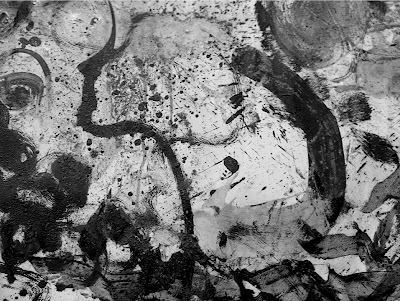 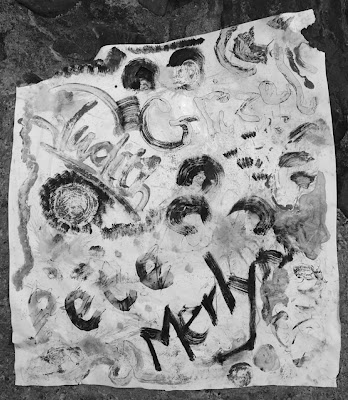 The breathtaking location of Hartland Quay inspired a predominantly ‘geological’ response and an exciting experimental group painting involving the action of the waves and sand on various mixtures of the pigment. Historically a local carpenter had used a source of Bideford Black from Hartland to paint and stain furniture, although the whereabouts of the seam is not clear today[i]. 'The Bideford Black Five' plan to meet next in woodland to see how a different environment, similarly connected to the pigment, may influence their creative responses…