A SONG OF BIDEFORD BLACK by John Purser

‘The Tale of Bideford Black’, a song written by local musician John Purser, has been kindly sent to us as a lively addition to our archive with a short explanation of how he came to write it. It is exactly this kind of original and diverse response to our local history that will make this project such a genuine and personal archive of our local community. Enjoy… 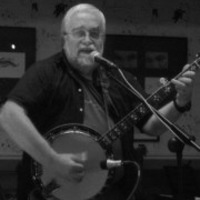 “Basically the song started with the account of anthracite mining in "The Book of Bideford" by Peter Christie and Alison Grant - my late mother-in-law, who lived in Bideford had a copy.  I was intrigued by the thought of mining paint and caught out one or two geography teachers where I taught in Hertfordshire.

On moving to Barnstaple I became an active member of Bideford folk club and many local singer-songwriters became friends.  This inspired me to start writing. "Bideford Black" was the first song I wrote (in 2003). I am not a prolific writer – my latest song "Bideford Witches" emerged last year after about three years in the writing.”

In 2011 local artist Pete Ward exchanged an amount of Bideford Black for some Australian earth pigments with visiting Aboriginal Elder Noel Butler. Noel and his nephew have since used the pigment to paint their bodies for ceremonial and public performances in New South Wales. On hearing about the 'Story of Bideford Black' Project Noel sent this message about his experiences of using Bideford Black...

'In our Culture as Aboriginal Australians we paint the colours of the Earth on our bodies in patterns and markings representing symbols of spiritual connections to the land. This also gives us a connection and an identification with our land.

Upon meeting Pete Ward, and his connection with Bideford Black and his understanding of the connectedness with the soil from his land, we have a spiritual communication and tie that is not understood by many non-indigenous people. This is capable of everyone to have a sense of belonging to the earth.' 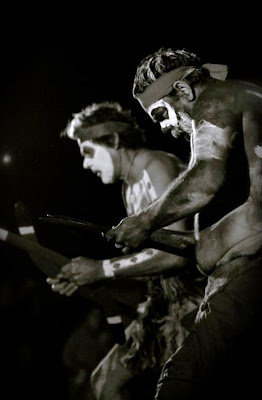 Many thanks to Noel, Phil and Trish for sharing their story.
Posted by Unknown at 09:40 No comments:

Announcing our project and funders

We are delighted that the Bideford Black project is now up and running and are thrilled to announce and acknowledge our funders:

A Heritage Lottery Fund 'All our Stories' grant and The Friends of the Burton.