Last week Jenny Shepherd, one of the last secretaries to work at the Bideford Black ‘Paint Mines’, contacted us. She has kindly shared some of her memories …

“What I can remember:

I joined with my friend as a fully qualified secretary from the then North Devon College in 1960/61.  We did all duties from filing to Balance Sheet, trial balance, wages, invoices, correspondence, reception and everything in between.  My friend remembers that we had to ask for the 'phone numbers we required as there were no dialling facilities. 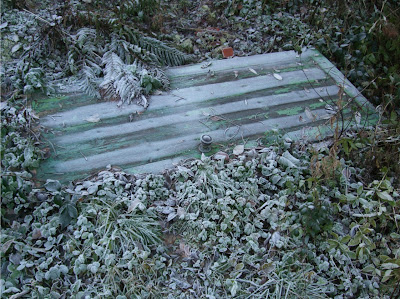 The office was a very old nissen hut with a wooden floor which had subsided so much on each side that there was a large open space (if memory serves correctly it was about 9" across) running the length of the room where the boards had come apart and from where the dust permeated.  Although It was extremely cold and dirty there was a very inefficient and antiquated cast iron, wood-burning stove that we were allowed to use when our fingers turned white and got too cold to type. In fact, everything was antiquated and damp.  The whole thing was situated in the middle of a wood at the end of Mines Road which was then just a country lane.  We were not allowed to see either the mine or the sawmills although we were promised to have a conducted tour.  Unfortunately it didn't happen. When we got home we had to scrub our faces with a nail brush and soap to remove the waterproof dust although it was not so apparent on us as it was on the miners' faces and hands.  I don't think there were any washing facilities for the men but cannot be certain.  We worked for Howard St Louis Cooke who was an accountant as well as (I think) a mining authority and certainly Victorian in his work ethic (and in other ways too which are better forgotten)!  He tried to be a divisive employer but luckily my friend and I remain close to this day.  The names which we can remember are Mr Wally Mugford (mining foreman), Mr Arthur who was possibly in charge of the sawmill and a Martin Pascoe.  The first has been deceased for a large number of years as I suspect has the second.  Mr Pascoe was much younger than them but older than we were.  Mr Mugford and Mr Arthur treated us very kindly.  I believe Mr Pascoe later became a private detective.  There may also have been a Mr Dymond.

‘Biddiblack’ and ‘Jetablack’ were mined and processed into powder at that time.  I understand in the beginning these dyes were used to colour the black pointing between the bricks of Victorian buildings but that subsequently the main monies were made during the war when it was used for camouflage purposes. I also understood that it might have been used later in the production of makeup.

There was also a sawmill business which, in those days, was relatively new.

We were advised that the mines travelled beyond Weare Giffard towards Torrington and possibly beyond but I do not know if or how they would have been filled in.  Mr Cooke owned many detailed maps.  I know, just on one occasion, when we were returning home from work there was a most eerie sound which sounded like the then popular theme music of the TV programme Quatermass.  We had never run so fast in our lives.  We believe it was just the angle of the wind through trees and over one of the shafts but it terrified us at the time!

Rather different circumstances than today's! 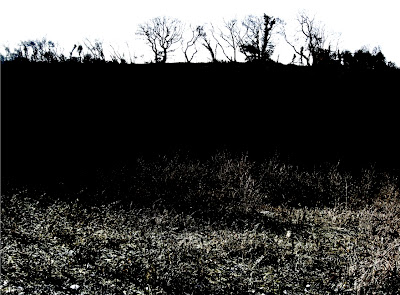 Many thanks to Jenny, and we look forward to any other details she might recall…
Posted by Unknown at 16:11