To promote the Story of Bideford Black project and publicize the Show & Tell event on 20th March at the Burton Gallery, a team from BBC1 Spotlight was invited to produce an article to be broadcast on their evening news program. On a beautiful sunny morning on Bideford Quay, with the old East the Water Mine site in the background, presenter Carol Madge and a cameraman quickly and efficiently story-lined a series of interviews and filming angles from the information provided by our team to sum up the project and its intentions. 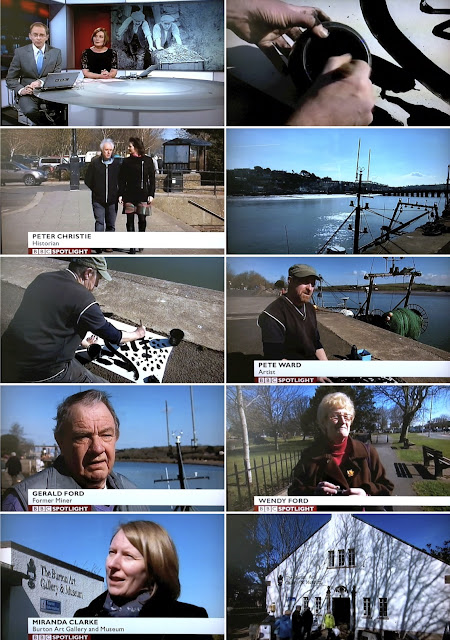 
Many thanks to Peter Christie (local historian), Chris Cornford (local geologist, IGI Ltd), Gerald Ford (ex-Bideford Black miner) and his wife Wendy, Pete Ward (local artist) and Miranda Clarke (Burton Gallery) for their enthusiastic contributions. It was fascinating to experience both the professionalism of the BBC team to produce the article so quickly about a subject they knew very little, and also to feel the excitement generated in the small group as memories and thoughts about Bideford Black were brought to the surface – a most promising indication of the projects potential over the coming months. 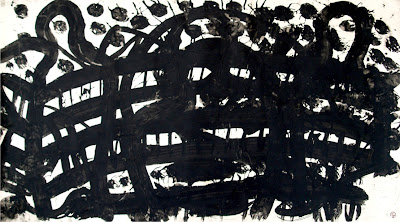