Another Bideford Black worker has recently contacted the Project. Here is his story that he has kindly written down to share with us...

We worked on the surface. There were other men under ground. They were Mr Mugford and Donald Glover and more men but I can’t remember there names. They mined the pigment by hand, digging it out with pikes and shovel, and sending it to the surface in truckes pulled up by a winch. Some of it was like clay, some was like cole.

Were it was then shoveled on to a conveyer belt and sent into a big revolving drum that was heated by a large furnace that was lit each morning, so it was broken down to smaller lumps and it then went to a big grinding drum and crushed into powder, and than into paper sackes and stored until lorrys came to take it away and transported it all over the world.

Ther was also a packing shed, were we put the powder in to one pound and half pound packets and sent away, and some times they mixed a carbine power with it.

When we finished a days work we would shower as there were showers on site as we would be black and dirty because it was a very dirty and noisy job.” 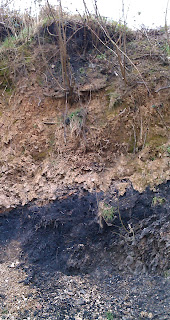 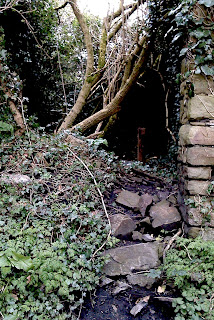